The Perfect Storm – A Reflection from Philippa Clark on beginning ‘Eleven’ 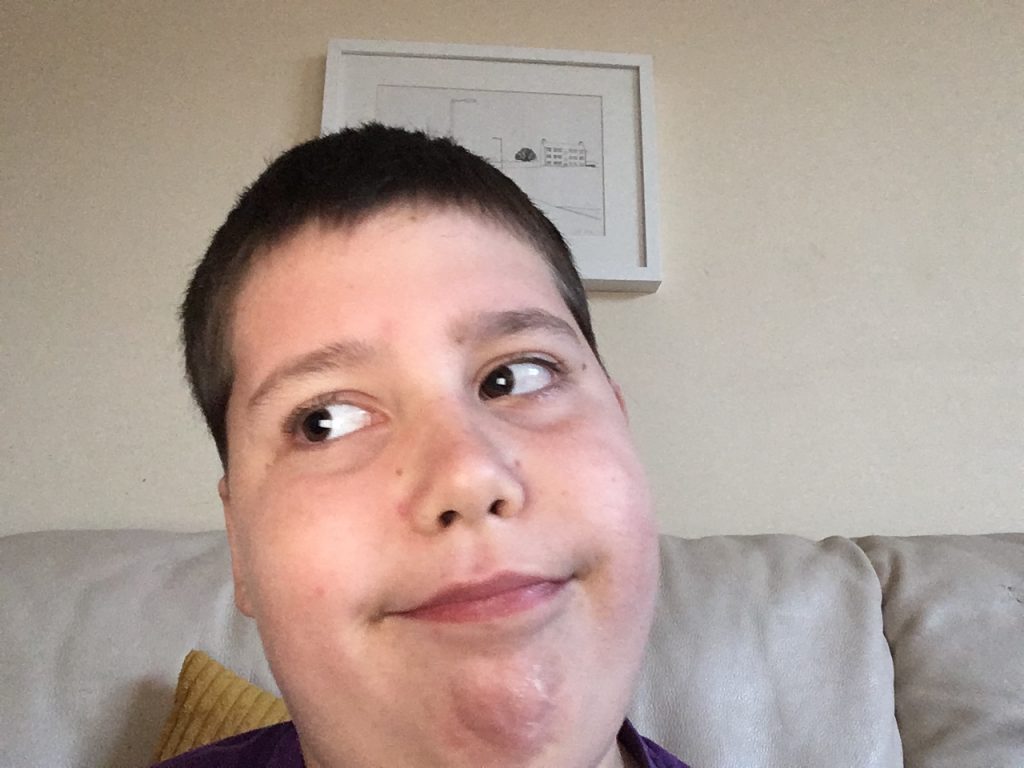 As I write this on an early autumn afternoon it is almost exactly a year ago that I began, with my son Isaac, to document 11 seconds a day for a whole year. 11 seconds of all aspects of our lives, together and as a family. Rain or shine.

For some time I have trying to find the courage to tell our story. Being a theatre maker I felt that I often ask people to tell their personal stories and I believe that by doing this they contribute to shaping new ways for us to engage with rich and diverse realities. So what if I made something about Isaac and our relationship? It’s not a typical Mother and Son story, he is definitely unique and I know he teaches me more about the world then anyone…so what was stopping me? What I felt was a mixture of fear, excitement and overwhelmingly vulnerable. So clearly I knew that meant I had to do it!  But how on earth do I navigate this journey, one that can easily come to a complete standstill due to high levels of turbulence!

When I look at Isaac I see my formidable son. He is bold, unapologetic, hilarious, creative, challenging, ridiculously loving and lovable, exhausting, tender, noisy, unpredictable and brave.

He also has Cerebral Palsy, ASD, Epilepsy a learning diagnosis and other attributes associated with these diagnosis. The combination of these we sometimes lovingly refer to as the perfect storm. Hurricane Isaac. Our great love. And his needs are complex. The journey is endless but one of great discoveries. These conditions have been unfolding in one way or other over the last 10 years. It has also probably taken me that long to be able to write that sentence without weeping. But in the here and now, what I feel is pride.

So as you can imagine the task of where to begin was just one of the things holding me back. Also Isaac would not cope in a live performance so I had to rethink that. He is however a technological whizz and spends hours writing songs and stories on his IPad. So that became where this could become a shared venture doing what he loves.

One thing I knew was that it was too hard to look back and often I’m afraid to look too far ahead. So where does that leave me? In the present of course and that is where my Son exists also. So we would tell our day to day in an attempt to capture the whole picture…that would definitely take a year! Our life is as rich and unpredictable as it is challenging and hugely rewarding. We are each other’s closest being, biggest irritation and best friend. Our highs are intoxicating and our lows suck the wind from our sails. I will always be figuring him out and he will always want me by his side above anyone else and I know that will never change, even as he grows.

So with him on board and happy with the idea of Mummy and Isaac’s film we set off on the 25th September 2017.  I realised instantly the simple fact that our story will only be told if I actually find a way to communicate it. After a lot of soul searching we had found a way to do it together, mostly on Isaac’s terms (as per) but from the perspective of ‘Mother’ facilitating the gathering together of all these layers through a daily task. It already felt cathartic, and I was already feeling pretty raw. This is because I knew we needed to capture the hard parts too-otherwise what’s the point?

The Year of Young People in Scotland gave me extra confidence to do this now, as I feel so strongly that Isaac’s voice should be part of this, along with all of the other diverse and exceptional young people.  Finding a platform for us to show the film initially as part of the Unlimited Festival at Tramway felt like a great place to start. Turning 11 this year Isaac is officially a young person so all of these coming together framed the project in a way that makes it feel relevant and well-timed. Above all there is so much to celebrate about Isaac. With the support of my dear friends Jess and Tash who are instrumental in this professionally and personally, it finally felt possible.

I will be back next week to talk about the ongoing making of the film but I’d like to leave you with a flavour of my son. With his permission here is a section of a song he wrote before school this morning. It’s called, Slow Toes;

Eleven is a film by Philippa Clark and Isaac Clark O’Malley with film-maker Geraldine Heaney. It will open at Tramway as part of the Unlimited Festival on 18th October 2018.